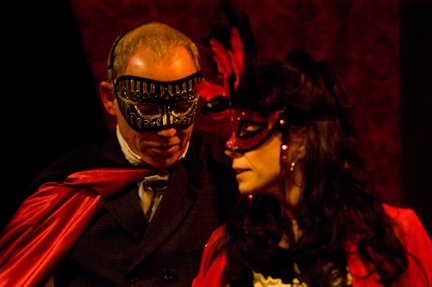 “… the clarity and power of the show’s performances make this a textbook dynamic production of the tragic drama.”
– LA Weekly "GO"

"The adaptation by Bergman, though like the original by Ibsen, is spellbinding to the very end. Driver is absolutely the perfect model for Nora in her performance. Greenquist plays a domineering man, while at the same time, he can be playful and sexy with his wife as he fulfills his role. Other pertinent characters to the play, and extremely well presented, are Martha Hackett (Mrs. Linde), Scott Conte), and Bruce French (Doctor Rank)."
– Stage Happenings