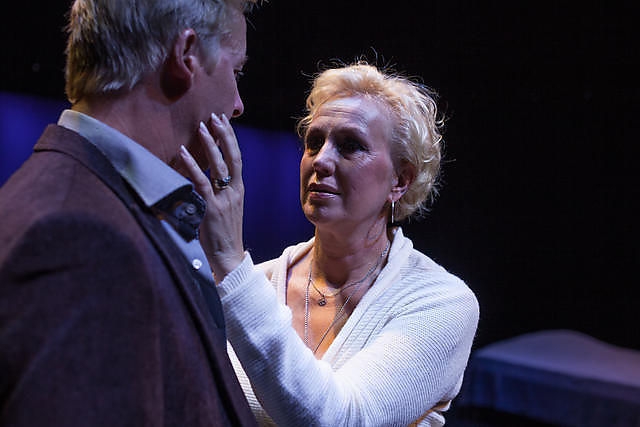 "Strong Text, strong actors. All unnecessary is left out, on stage is just a man and wife."
Olli Seppälä, Kotimaa

The production, and not least the performance of Aho and Larivaara, was praised by the critics. The Helsingin Sanomat began their review with a sigh:

Oh, it feels refreshing for a change to see a play which rely on theatre basics. Firmly restricted to a timeless topic, a clear conflict, a good text. Simplistic control, two strong actors almost bare, stripped-down stage. That's it.