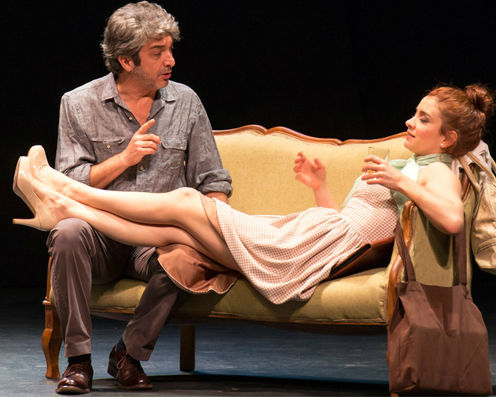 Scenes from a Marriage

Originally a six-part television series, Scenes from a Marriage explores the disintegration of an initially happy marriage over the course of several years. As the play begins Johan and Marianne are celebrating their tenth wedding anniversary with an interview for a women’s magazine about the secret of their enviable marriage.  But there are already cracks in the façade, and we watch as these begin to widen irreparably; through the bruising turmoil of loss, betrayal and violent recrimination, to a point six years after the couple’s divorce.