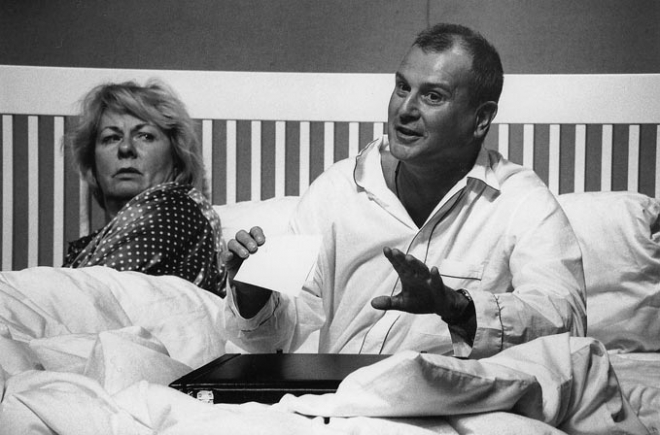 This production opened in 1998 to mixed reviews.

One reviewer wrote that the matrimonial struggle between Marianne and Johan was both more abstract and friendly in this staging than in the TV-version. Regine Jeske's Marianne did not succeed in reaching the limits of true brutality.

In another review the focus was on the genuine feeling of the couple, a feeling that almost made you forget that you were in fact seated in the theatre watching a play.