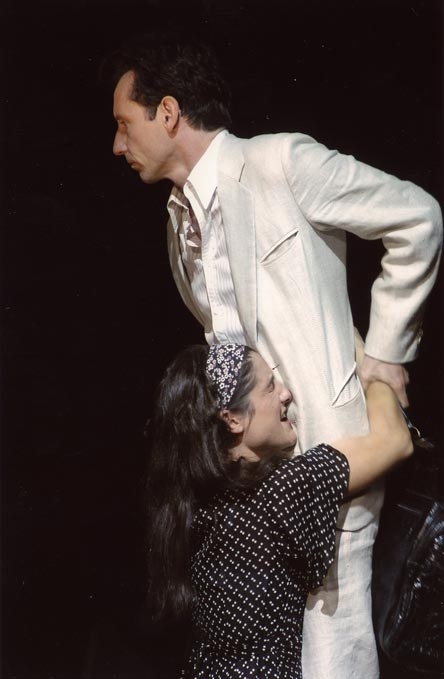 Ralf Ebeling has a great feeling for the insinuated, for that what is hidden behind the surface. Small, uncontrolled movements, sliding gazes and a mimic not always in correspondence with what's being said reveals more to the spectator than really wanted. You want to call out to the couple on stage. Stop, don't you realise that you little by little are sliding apart?

The critic from Westfälische Nachrichten was impressed by the fact that the text felt so timeless and that the stage version made him forget the film. He writes further,"Ebeling's staging is as sensitive as it is exciting and it is drawn to perfection through the actor's performance."

He especially mentions Stefanie Kirsten in the part of Marianne, who succeeds in characterizing the constant change between anguish, aggression and perplexity when realising the emptiness of her marriage.

Also the Münstersche Zeitung praised Kristen's performance and her credibility in moving between a restrained and passionate acting style.