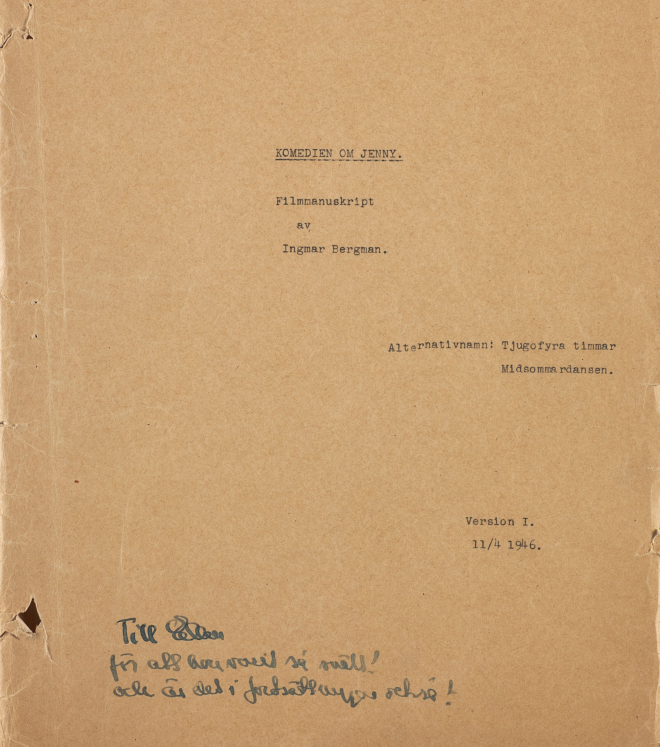 Early Ends the Day is termed a morality play in three acts. The play is set during midsummer’s eve when the old woman Mrs. Åström lets five people know that their days are numbered. Among them are Jenny, a businesswoman, Finger-Pella, a homosexual beauty operator, and Peter, an actor who entertains the others with a puppet performance of Everyman. Mrs. Åström's gloomy foreboding has a logical explanation; she is a hallucinating alcoholic who has escaped an institution. In the final scene, her words though, show to be true - the five are all dead and dwell in a great void.