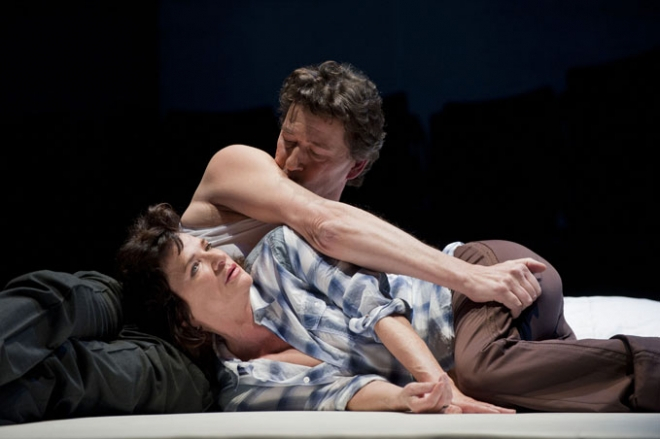 ‘Bergman takes one of the most painful, shameful episodes of his own life and turns it into magical, brilliant artistry.’

In Faithless an ageing director named Bergman is, in the serenity of his study, trying to recall the past and to fashion it into a play script. To help, he has summoned an actress, Marianne, with whom he is talking. The dialogue suggests that Bergman has enlisted Marianne, or her memory, to help him think through the story, but it seems as though she is also the woman the story is about. Is Marianne a real person or a figment of Bergman’s imagination, who only exists in his words? Marianne had been happily married to Markus, a conductor, before embarking upon a passionate affair with David, Markus’ best friend. It becomes clear that David is actually Bergman’s younger self, and that the story of the adultery and its unpleasant consequences is not a fictitious one.