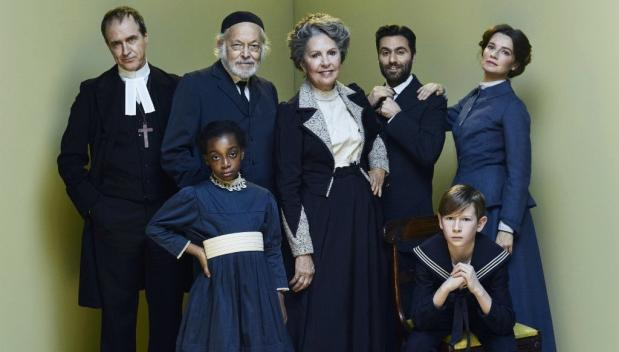 ‘A brave, unquestionable triumph for The Old Vic.’
– The Sunday Times

In Bergman’s autobiographical drama Fanny and Alexander, the Ekdahls are an upper-middle-class theatrical family who are sheltered from the chaos of the outside world. Fanny and Alexander follows one tumultuous year in the lives of the family - and the eponymous siblings - through the eyes of ten-year-old Alexander, whose imagination fuels the magical goings-on leading up to and following the death of his father. The children’s mother Emilie’s subsequent remarriage to an authoritarian bishop banishes Alexander and his sister Fanny from all they enjoy and sees them confined to their bedroom, as an almost gothic horror story unfolds.
In recent years, Fanny and Alexander is one of Bergman’s most performed plays.