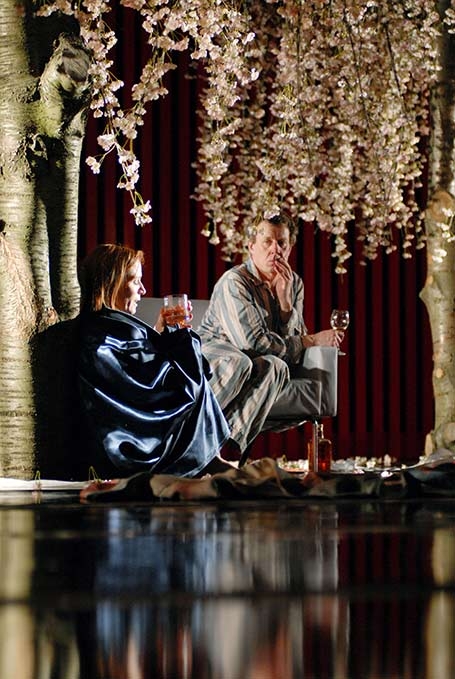 From the Life of the Marionettes

To enquire about or apply for a license to perform From the Life of the Marionettes, please contact Josef Weinberger, Ltd.
plays@jwmail.co.uk
+44 (0) 20 7580 2827

‘This is a unique material for the actors. They get to plumb into the abyss of acting.’
– Director Andrzej Buden

Written during Bergman’s period of ‘exile’ in Germany, From the Life of the Marionettes is the story of married couple Peter and Katarina Egermann, who appear briefly in Scenes from a Marriage. Peter, outwardly well adjusted, suffers from depression, feelings of sexual inadequacy and barely suppressed rage toward his wife, leading eventually to the brutal rape and murder of a prostitute. Events both preceding and following the crime, and the devastating impact of Peter’s actions, are explored in non-linear fashion, in one of Bergman’s hardest-hitting stories.