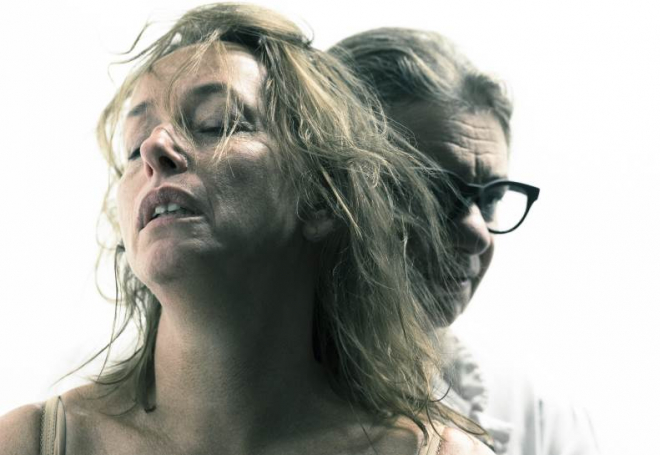 ‘An affirmation of what great theatre can do.’
– Behind the Critical Curtain

Celebrated actress Elisabeth Vogler abruptly stops talking in the middle of a performance and withdraws into silence. She is accompanied to a remote summer house by a young psychiatric nurse, Alma, who attempts to coax her back to life, but tension soon builds between the two women. Very quickly the house transforms into a place of terror and isolation, as patient and nurse become dangerously close, and the boundaries between their identities become blurred. Persona is a nightmarish exploration of identity, intimacy and the limits of the spoken word.