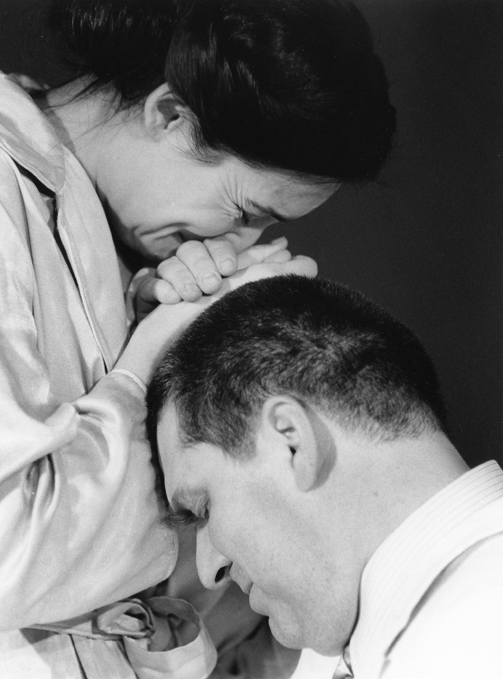 To enquire about or apply for a license to perform Private Confessions, please contact Josef Weinberger, Ltd.
plays@jwmail.co.uk
+44 (0) 20 7580 2827

‘A script as true, resonant and compact as any in Bergman’s career … the writing is sharp with pain, luminous with compassion.’
– Chicago Tribune

Private Confessions continues Bergman’s fictionalised account of his parents’ troubled marriage, as begun in The Best Intentions (1991), and depicts a longing for redemption in the wake of an adulterous affair. When Anna tells her clergyman uncle (Jacob) that she’s having an affair with a young student, the confession initiates a series of conversations, ranging back and forth in time, in which her desire to escape her marriage is contrasted with the aspirations of her past and future selves, and in which surprising truths are gradually revealed. Both moving and mysterious, Private Confessions is a story of secrets, lies and a lifelong guilt.