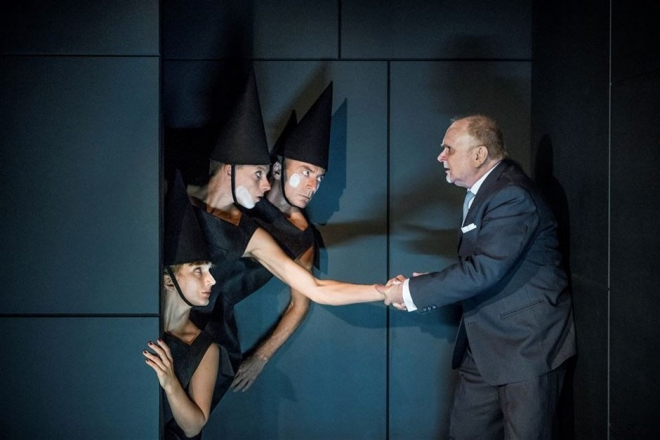 ‘Diabolic ritual in the twilight zone between horror and laughter.’
– Kvällsposten on the 2013 Copenhagen production of The Ritual

Accused of obscenity, a small theatre company appears before a judge. Tension ensues (between the actors and the magistrale, as well as between the thespians themselves). The Ritual, a lesser known Bergman piece, originally conceived as a television play, is eminently performable on stage, whether as a lavish burlesque or as a stripped-down production à la Beckett.