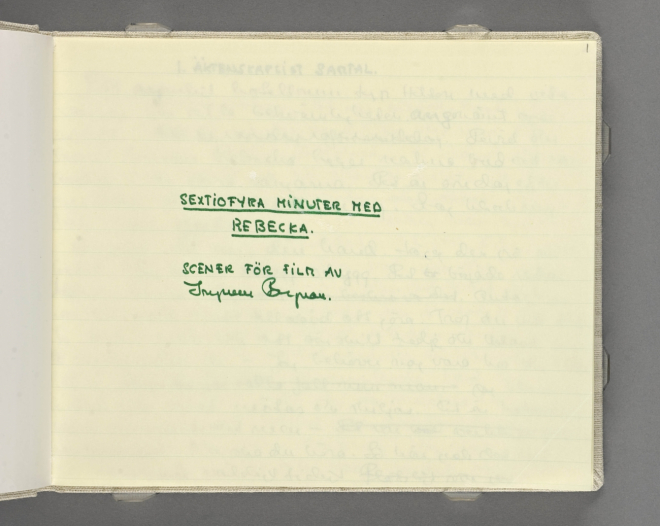 To enquire about or apply for a license to perform Sixty-four Minutes with Rebecka, please contact Josef Weinberger, Ltd.
plays@jwmail.co.uk
+44 (0) 20 7580 2827

'An adjacent room. In the centre a dimly lit podium. Two naked women perform an obscene pantomime. People are sitting and lying around the walls. The air is acrid from thick smoke. A sweetish oriental music is oozing out from somewhere.'
The sex club scene is introduced.

Rebecka is a teacher at a school for hearing impaired children, with complicated relationships to her husband, mother, students and an abusive lover. Bergman’s Sixty-four Minutes with Rebecka is a take on the political and sexual turmoils of the late 1960s but was never materialised into a film – what remains of the project is a fascinating script with great potential for a stage play, a script originally written for a collaboration with Kurosawa and Fellini.