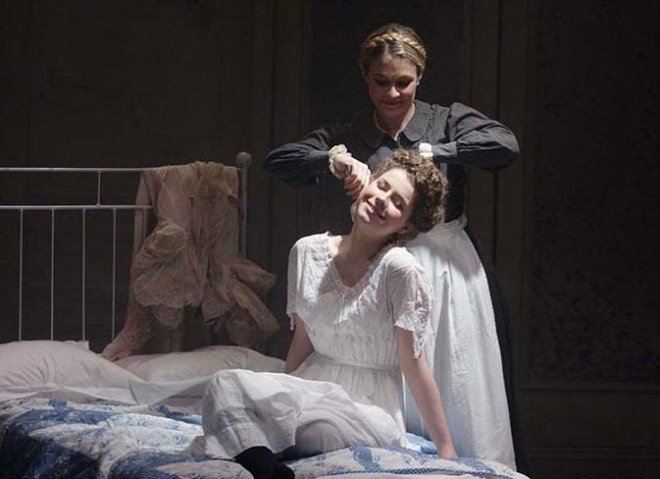 Smiles of a Summer Night

‘This nocturnal sunshine is just the stuff to get us through the dark midwinter.’
– Financial Times on the 2008 London production of A Little Night Music

Famously re-worked as the 1973 Stephen Sondheim Broadway musical A Little Night Music, Smiles of a Summer Night is a collection of love affairs and intrigues revolving around a middle-aged lawyer, his young wife, his former mistress (a sophisticated stage actress), her lover, and his wife. They gather for a weekend at the country estate of the actress’ elderly mother, who works her own kind of magic on this ‘ménage of many.’ A parody of the ridiculous male, this is Bergman’s comic exploration of a favourite theme; men, the species which turns to women for salvation.