To the Audience! [Red Riding Hood] 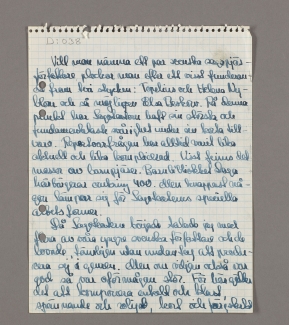 This text outlines a rudimentary poetics for children’s drama:

When we started Sagoteatern, I spoke with several of our younger Swedish writers, and they promised – almost without exception – to help advance and contribute to the genre. Though their intentions were good, their ability to do so was not. For children’s theatre is a very different type of theatre: it’s imperative to write simply and clearly, that it be exciting and fun, short and colourful.

It’s not just about having a prince and a princess, a king, a queen, a monster et cetera and just mashing them all together. With children, it’s more important to have a keen dramatic imagination than in any other type of theatre.