Joakim Naken, or The Suicide 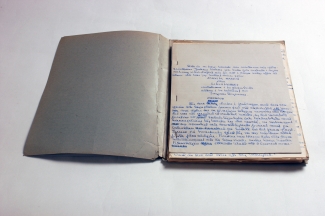 Bergman writes about the play in The Magic Lantern, in which Joakim “...catches a talking fish, breaks himself free from his marriage, and tells a yarn about a time when the Eiffel Tower, bored of being the Eiffel Tower, abandoned its post and sat itself in the English Channel.” Which is all accurate – but Bergman then goes on to claim that the play only existed in a single copy, which was submitted to Dramaten in a “delirious hope… where it disappeared without a trace, which was perhaps for the best.”

Today, we know that this isn’t entirely true. For one thing, there exists at least four copies of the play (see In the Ingmar Bergman Archives); for another, it was also submitted to Bonniers for publication, where it was also promptly rejected.

Maaret Koskinen has provided an informative and entertaining look at this and other stories from Bergman’s early career (see Sources below).