Bergman's final production in Munich was of Henrik Ibsen's second to last drama. 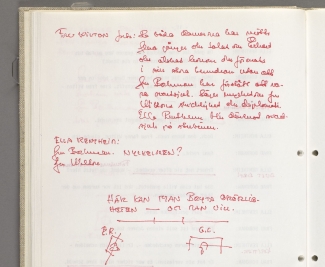 For this production, a play only rarely performed in Germany, Heinrich Gimmer, dramaturge at the Residenztheater, had done a new German translation that moved between the archaic and modern. Christian symbolic allusions had been omitted. Bergman interpreted the drama as an archetypal 'Faustian' destiny in a middle-class household.

Though Bergman's last production in Munich was politely applauded, the critical reaction was mixed.