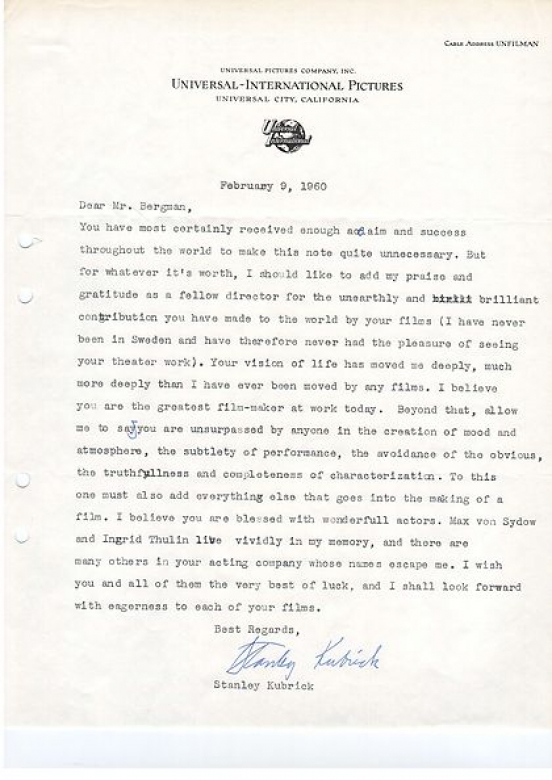 “Your vision of life has moved me deeply, much more deeply than I have ever been moved by any films. I believe you are the greatest film-maker at work today […], unsurpassed by anyone in the creation of mood and atmosphere, the subtlety of performance, the avoidance of the obvious, the truthfulness and completeness of characterization. To this one must also add everything else that goes into the making of a film; […] and I shall look forward with eagerness to each of your films.” (Letter from Stanley Kubrick to Ingmar Bergman, dated February 9, 1960, K:636 in the Ingmar Bergman Archives.)