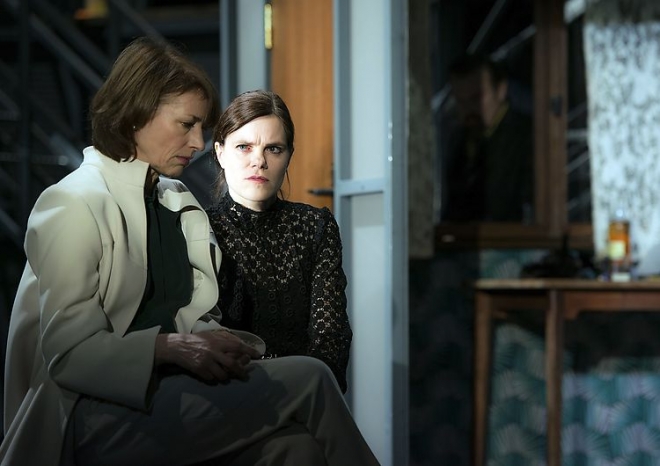 Little more than a year after previous success with Scenes from a Marriage, Jan Bosse stages Bergman at the Schauspiel Stuttgart again.

Both actresses are big stars in Germany, with a solid theatre background but perhaps most famous from film and television, as noted by the reviewer of Die Welt:

The TV stars staged the abyss of a mother-daughter-relationship brilliantly. The reward of Saturday night: enthusiastic applause by chocked and captured spectators.

The Schwäbische compared the director's and the theatre's last Bergman production, and noted that set designer Moritz Müller had more or less recycles the same setting, where the different floors gave room for "unexpected insights" into the emotional lives of the characters.