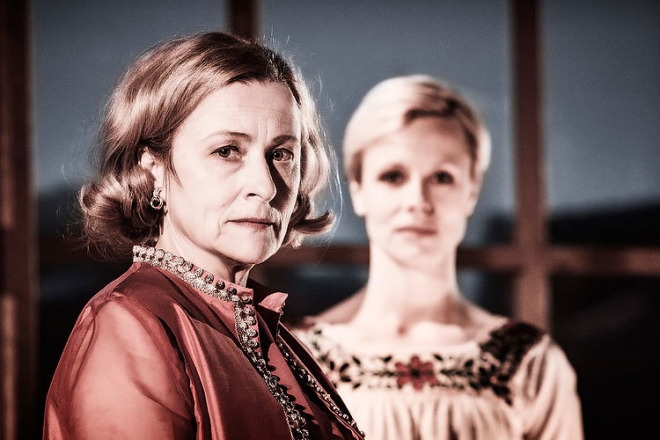 Good reviews for second Swedish production of the play.

"The form of Ingmar Bergman's 1978 film is as strong as the Bruno Mathsson chairs on stage in Åsa Melldahl's staging."
Margareta Sörenson, Expressen

Many critics noted that the setting had borrowed from Bergman's own interior design, though the quality of the actors dominated the reviews:

"Christer Fant plays Eva's husband Viktor so heartbrakingly discreet that one hardly can take one's eyes from him." (Expressen)