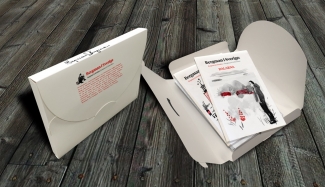 To commemorate the 2018 Year of Bergman, the Ingmar Bergman Foundation will publish five classic maps, available individually and in an exclusive box set. Bergman in Stockholm, Bergman in Uppsala, Bergman on Fårö, Bergman in Dalarna and Bergman in Skåne provide guides to the most central locations in Bergman’s Swedish life. Information is provided in Swedish, English and German.

A filmmaker, theatre director and writer, Ingmar Bergman (1918–2007) is one of the world’s most renowned Swedes. The picture many people possess of Sweden is one painted by Bergman’s films. These maps are designed as guides to lead the viewer in Bergman’s footsteps, to see where he lived and worked, to uncover where his films were shot, or just to learn a bit more about a few places in Sweden connected to his life and work. In total, there are five Bergman maps: Fårö, Dalarna (Dalecarlia), Skåne (Scania), Stockholm and Uppsala. Welcome to Bergman in Sweden.

Classic folded paper maps, the Bergman in Sweden collection has been published to commemorate the 2018 Year of Bergman, the 100-year anniversary of Ingmar Bergman’s birth. Rather than featuring the obvious tourist destinations, these maps highlight the central locations in Ingmar Bergman’s life – childhood summers spent in Dalarna, grandmother’s house in Uppsala, filming locations on Fårö and Ornö, residences in Stockholm and Malmö. The local maps will be distributed for free at select locations in the respective cities. The five-map box set will be available where maps are sold, and can be purchased by authorised sales agents via the Ingmar Bergman Foundation.

For additional information on the maps, to order the collector's box or for distribution of Bergman in Stockholm, please contact:
Åsa Jacobsson, Ingmar Bergman Foundation
asa.jacobsson@ingmarbergman.se
+46 (0)76 116 42 17