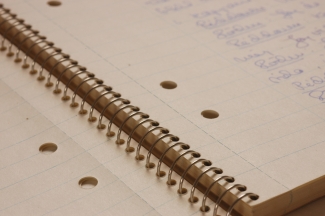 Bergman often spoke of his manuscripts as something "half-finished", and for many years he was reluctant to allow them to be published in book form. Nonetheless, they make for a rewarding read. In Sweden, editions of his screenplays have been published with the sub-heading "Film Narratives", a description that takes account of their literary qualities whilst acknowledging the fact that they were primarily intended for another medium.

Unlike many other film directors who write their own screenplays, those of Bergman contain few notes, if any, on such details as sets and camera angles. On the other hand, they do feature numerous short descriptions of the feelings and inner states of the characters. As such, what he wrote for another medium – film – can be regarded as literature in its own right.

Screenplays for his own films, or those of others, occupy by far the greatest place in Bergman's literary output. But his writing also included plays, short stories, autobiographies, novels, articles and essays, plus extensive diaries and letters. The majority of this material remains unpublished (and much of it is hardly intended for publication). Yet even disregarding this large body of unpublished and unedited work, Ingmar Bergman's writings are enormously rich in scope.

Following the publication in 1987 of his autobiography The Magic Lantern he wrote a number of books in various genres which established him, in Sweden at least, as an author of some stature. Yet he started writing at an early age. It is clearly evident that the young Bergman wanted to be a writer. As many Bergman specialists have pointed out – and as he himself often hinted – his early career as a writer came unstuck because of the negative criticism he encountered. Bergman, it is often claimed, was a talented director yet a mediocre writer. And in his early writing, it is true, there are exaggerated elements of tension verging on melodrama, coupled with a an almost feverish desire to be part of the literary movement known in Sweden at the time as "40s-ism". In the post-war period there were tendencies towards a hard-bitten style, tinged with existential philosophy and a penchant for metaphysics. It was a style that was hard to carry off, and Bergman, at that time at least, did indeed lack the stylistic power of notable Swedish writers of the period such Lars Ahlin, Lars Gyllensten and Stig Dagerman.

Soon, however, he was to find his own style. The influence of the 40s writers was still present, but he drew more deeply on his favourite authors from earlier generations, such as Hjalmar Bergman and August Strindberg. Bergman's more mature style was free from all illusions, yet characterised by a lightness of touch. His irony (often directed against himself), his intelligent imagery, razor-sharp phrasing and highly amusing gift for understatement make him a hugely entertaining writer. Seldom verbose (unlike some of his characters), his narrative style is one of economy, with precise descriptions of settings and situations. The following passage from the essay The Snakeskin (1965), in which Bergman expresses his views on his profession, is an apt example:

Literature, painting, music, the cinema, the theatre beget and give birth to themselves. New mutations and combinations emerge and are destroyed; seen fro the outside, the movement possesses a nervous vitality – the magnificent zeal of artists to project, for themselves and an increasingly distracted public, pictures of a world that no longer asks what they think or believe. On a few preserves artists are punished, artists regarded as dangerous and worth stifling or steering. By and large, however, art is free, shameless, irresponsible and, as I said, the movement is intense, almost feverish; it resembles, it seems to me, a snakeskin full of ants. The snake itself is long since dead, eaten out from within, deprived of its poison; but the skin moves, filled with busy life.

As mentioned above, this passage is taken from an essay, and it is as an essayist, perhaps, that Bergman enjoys his greatest triumphs as a writer. As a genre, the essay is strikingly suited to his temperament, his stylistic talents and his gift for philosophical insight. In general terms, however, Bergman's unparalleled successes as a film and theatre director have clearly overshadowed Ingmar Bergman the author, who is still awaiting his real breakthrough.