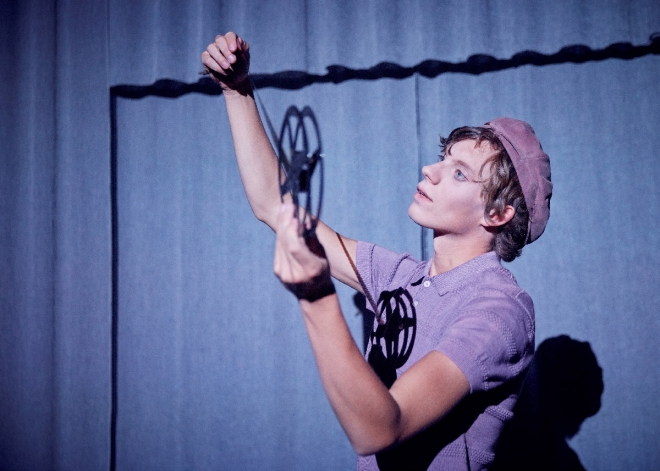 For Ensam (Alone), life in the grand, upper middle class flat is often lonely. His dad’s focus is on maintaining a grip on life and his saucepans – and he worries about Ensam’s dreamy existence. But Ensam also has his grandmother, with a past as a shop assistant in a fishmonger’s and a somewhat unclear football career. Grandmother opens the doors to a different world, in which the circus artist Esmeralda turns up and teaches Ensam everything about creating pictures and stories.

In her own distinctive way, Martina Montelius paints the picture of a film producer’s childhood. Ensam and Esmeralda is a funny and sad story about how a vivid imagination can become the escape route from weighty demands and expectations, and how your experience as a child can later bear fruit in the shape of artistic creativity.