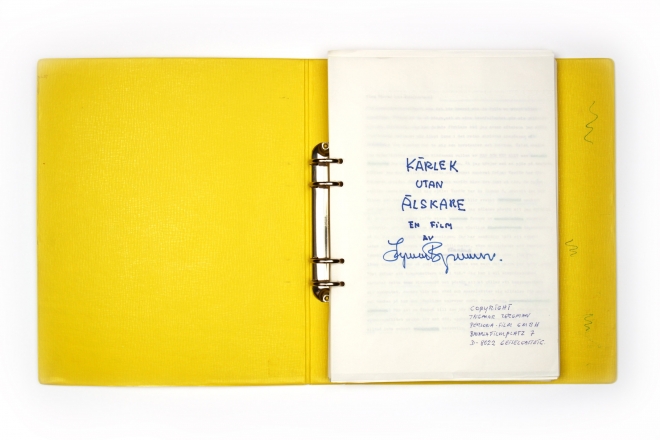 'The Archive for unrealisable dreams and visions'. World's first play pertaining to the Ingmar Bergman Archives!

Director and dramatist Marcus Lindeen searched through Master Director Ingmar Bergman's private archives and stumbled upon numerous completed scripts, sketches and drafts of films that were never shot. These include an erotic feature film-length comedy about a sexually repressed prince, a play about a cannibal who eats a part of himself, a few acts which take place inside a uterus, and an uncomposed opera libretto. Marcus Lindeen takes Bergman's rejected works and creates a new theatre piece - a play which not only addresses art as the act of creating masterpieces but also as a tool for teaching us from our mistakes, about dreams that never come to fruition.

Marcus Lindeen had his breakthrough with the documentary play Regretters, which he staged at Stockholm City Theatre in 2006. In autumn 2010 he was praised for his play Djur som dör (Animals that Die), and in 2012 he won a Swedish Guldbagge Award for the film version of Regretters, as well as a prize at the Venice Film Festival for his latest film Accidentes Gloriosos.