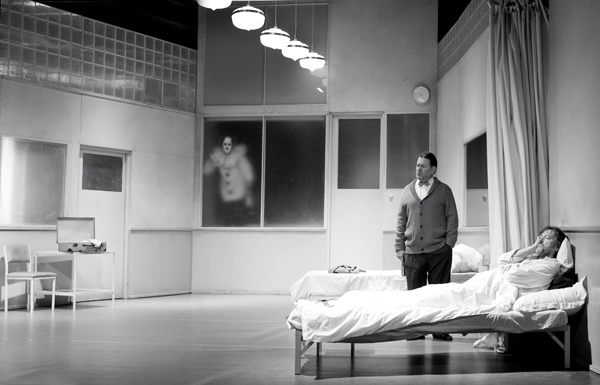 In the Presence of a Clown

54 year-old inventor Carl Åkerblom is a patient on a psychiatric ward in Uppsala, having previously attempted to murder his fiancée. Intrigued by the idea of the new ‘talking pictures’, and despite his situation, Carl organises a performance in which actors speak the dialogue mouthed by the characters in a silent film he has made. Not everything goes to plan, however, and a number of emotional confrontations ensue. Originally made as a film for television, In the Presence of a Clown is both a humorous and poignant tale about the redemptive power of art.