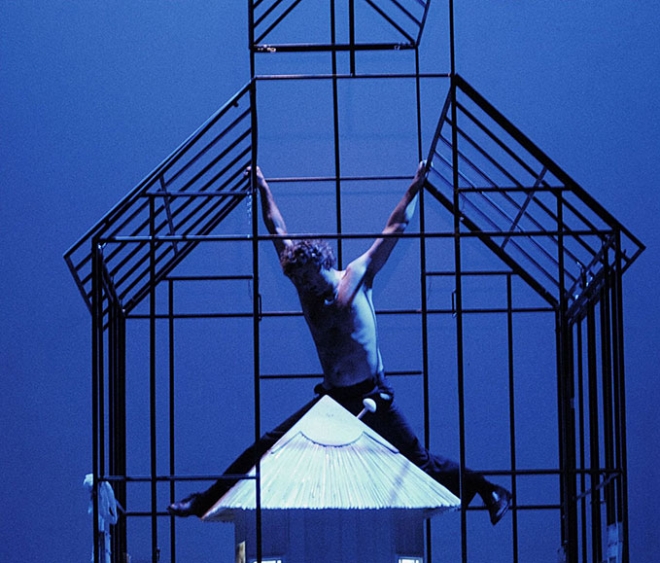 ‘A movie script turned into a stage play is not an easy task. But here, what a miracle!’
– Le Figaro

Bergman’s last work Saraband revisits the characters Johan and Marianne from Scenes from a Marriage (1973) who haven’t spoken since their divorce thirty years ago. Marianne decides to visit Johan at his summer house, where his son Henrik and granddaughter Karin also live. Relations between father and son are strained, owing to an unpaid debt, but both men are protective of Karin, who looks more like her late mother with every passing day. Henrik is also giving Karin cello lessons and already has her future mapped out. However, Marianne soon realises that things are not as they should be, and she finds herself drawn into a complicated and upsetting power struggle.