and about some people who took part in these events. 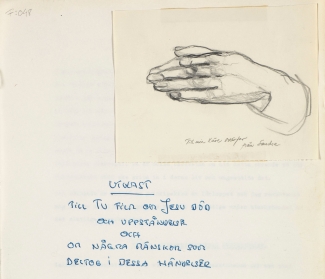 The Jesus film was never realised, just like Dreyer's film on the same subject.

In the gospels’ account of the drama of Jesus’ last days and death there is a vast number of characters. During my study of the texts these characters have gradually come alive, changing from concepts fixed once and for all (established already in my childhood) into living people enclosed in their own lives and in an ordinariness which they took for granted. However different they may appear, they have one thing in common: they are all unaware that they are taking part in one of humanity’s most tremendous dramas. They are also unaware that these events are to intervene fundamentally in their lives and transform them.

The following is a basic sketch of the course of events and I make reservations for any changes of detail that may become necessary during the working out of the final script.