Images: My Life in Film 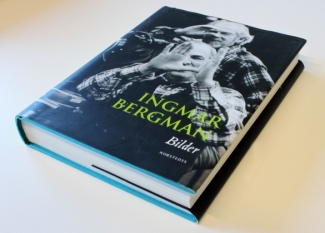 This book project began as a series of conversations with Bergman's editor, Lasse Bergström. Images was in part prompted by Bergman's dissatisfaction with the earlier interview book Bergman on Bergman, in which he felt he had been manipulated by the interviewers. Using his books and filmmaking diaries, Bergman analyzes a number of his own films, grouped into thematic units.

On his first efforts as a film director:

Even before the filming of Torment, I had bombarded Carl Anders Dymling with pleas asking to be allowed to make my own film but had been turned down. Then one day he sent me a Danish play. Its title was Modedyret (The Maternal Instinct), its author Leck Fischer. Dymling promised me that I would be allowed to direct the film if I could manage to wring a good script from this grandiose drivel.

Wildly happy, I spent my nights writing the scenario, at breakneck speed. After presenting it, I was forced to do two or three rewrites before it was decided that I could make the film during the summer of 1945. Inspired by the success of Torment, I christened it Crisis.

It turned out to be an apt title.