Bergman's staging of the first play based on his own manuscript since the 1950s, which was also published in The Fifth Act (1994). 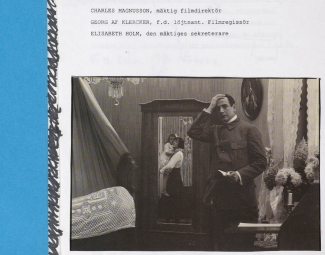 The performance opened at Filmhuset in Stockholm and then guest performed in Malmö and Gothenburg, before it returned to Stockholm and played at the small stage of The Royal Dramatic Theatre.