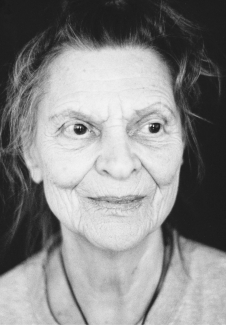 Swedish choreographer, director, actor and playwright who lived and worked together with Ingmar Bergman during the latter half of the 1940’s.
After their marriage in 1945, they would go on to have four children together: Eva, Jan, Anna and Mats.
The couple had a close working relationship as director and choreographer at the Helsingborg City Theatre and Gothenburg City Theatre, where they received accolades for their productions of Camus’ Caligula and Anouilh’s Thieves’ Carnival.
After their divorce in 1950, Ellen Bergman would continue an active career as director, as well as writing over 30 plays, one-act plays and monologues.