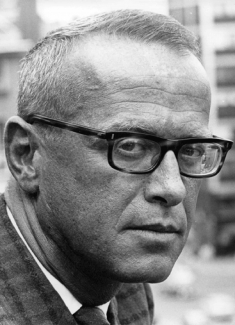 Harry Schein was born in Vienna on 13 October 1924. His father died in 1936 and his Jewish mother sent him to Sweden in April that year. Schein's immigration was arranged through a quota for the Mosaic Parish in Stockholm.

As a boy, he first lived on a farm in Småland, later worked at a pharmacy in Uppsala and graduated at the age of 18 after completing evening courses at the Stockholm Technical Institute. In 1950 he was baptized by Erik Bergman, Ingmar Bergman's father, and became a Swedish citizen the same year. While he worked at the Merkantila Ingenjörsbyrå (Mercantile Engineer Office) he patented a water purification method.

The culturally interested Schein wrote film reviews for Bonnier's Literary Magazine from 1948–56 with positive as well as negative criticism on a number of Bergman films (several can be found under 'Reviews and comments' for Bergman's 1950 films). In 1955 he took over the company where he worked and sold it to Albert Bonnier in 1960.

Through diligent investigative work and publication, he became the advisor for several highly placed Social Democratic friends and through his connections in governmental circles the state and film branch were united in the first film agreement on 6 March 1963. As a consequence the film branch was released from paying the entertainment tax, which was compensated by 10 percent of the sale of movie tickets paid to the Swedish Film Institute. This guaranteed ongoing Swedish film production during the following decades. After the film reform, there was a second Golden Age for Swedish film with Ingmar Bergman, Bo Widerberg and Jan Troell as leading names.

From 1971–76 he was active as an investigator for the Ministry of Education and from 1983–87 was the Managing Director for Sweden's Investment Bank. He was also chairman of STIM and Sveriges Radio. For many years Harry Schein was an avid debater in newspapers and during the 1980s had his own column in Dagens Nyheter, a leading Swedish broadsheet.

In 1980 his autobiography Schein was published. Harry Schein was married to Ingrid Thulin from 1956–89.

Schein passed away in his home in Djursholm outside Stockholm in 2006.