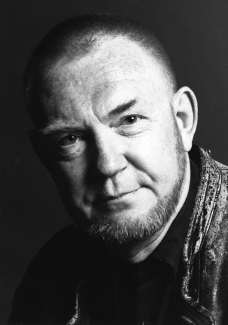 Writer, director and a personal friend of Bergman's since the 1940s, Sjöman penned L 136: A Diary of Ingmar Bergman's Winter Light.

Born David Harald Vilgot Sjöman on 2 December 1924 in Stockholm, Sjöman was interested in the theatre from a young age and often attended performances at one of Stockholm's many open-air theatres. Befriending Bergman at a young age, as a teenager Sjöman participated as an amateur actor in Bergman's staging of A Midsummer Night's Dream in 1942.

In 1948, Sjöman published his first novel, The Lector, which was made into a film a few years later, entitled Defiance and directed by Olof Molander, with Harriet Andersson in one of the roles.

Sjöman's screen directorial debut arrived in 1962, with The Mistress. At the end of the 1960s, his big international breakthrough came with films I Am Curious (Yellow) and I Am Curious (Blue), both with Börje Ahlstedt and Lena Nyman in the leading roles.

Vilgot Sjöman directed around 15 films, wrote many plays, and included L 136: A Diary of Ingmar Bergman during the filming of Winter Light amongst his writings. This book proved to be a major inspiration for Alexander Ahndoril's novel The Director, on Ingmar Bergman.

In 2003, Sjöman was awarded the Ingmar Bergman Award for his battle against commercial breaks in feature films aired on television.