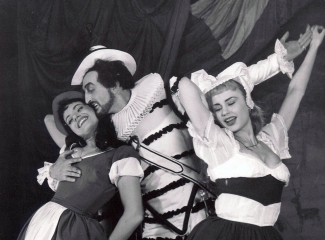 The Don Juan production was another victory for Ingmar Bergman and his ensemble. Thought not unanimous, the critics were fascinated by the opening pantomime and by the element of pastiche which made the production a lesson in theatre history. They also commented on the morality play approach, which displayed human situations and actions in Christian terms of saved or lost souls.